William Jackson “Jack” Wynn, age 78, of Roosevelt, passed away peacefully in his home on Friday, November 5, 2021, surrounded by his family who loved him so very much.
He was born on April 22, 1943, in Arcadia, Florida, to Roy Elmer and Eutha Belle Allen Wynn. He served in the Army as a young man. His duties took him to Germany during the Vietnam war where he worked with missiles. He has shared very fond memories of his service in the armed forces. The family is grateful to the Veterans Affairs Hospital and all of its affiliates for the love and care they have shown to him over the years. He was so very fond of all of his doctors, nurses, and caregivers. He frequently expressed his gratitude to them, even during times of immense pain and discomfort. To the VA, his family says, “Thank you.”God bless America, and God bless our service men and women who have sacrificed so much for the freedoms we have.
Jack met Beth Hill in Florida when he was a citrus inspector and she worked the line. For him it was love at first sight! They married in Saratoga, Wyoming in 1968. In order for Jack to marry Beth, she insisted he quit smoking and drinking, and start going to church! So he did! In 1972 their marriage was solemnized in the Provo Utah Temple of The Church of Jesus Christ of Latter-day Saints. They had been married 53 years when he passed away. Beth was asked by a doctor during this last hospital stay what the secret to a long marriage is. Her response was “Be kind, just be kind.” They are as kind as they come. Their love is big and far reaching. There are no words to express his absolute adoration of her. Over the last couple of years, he spent a lot of time in hospitals, and Beth kept vigil during the day and sometimes through the night. Nurses often mentioned the sweet words he spoke of Beth when she was out of the room or gone for the night. Upon her return they would say “Jack has been talking about you all morning! He is so much brighter when you are here!” There were many times when Beth would be at the hospital and people from other departments would come to meet her. They would say things like “Jack’s nurse told me about how he spoke of you so sweetly, I just HAD to come and meet Beth!” Jack and Beth loved going out to eat lunch. They had their favorite spots and would regularly rotate through these establishments. They also loved to road trip. Their routes always took them to the homes of dear friends and family. They would often go for drives to visit loved ones and to see the scenery. They love their friends and family dearly and spending time with them brought so much happiness.
Jack, also known as dad, grandpa, uncle, and friend, loved being outdoors. His heaven on earth was the home he and his wife shared in Roosevelt, Utah. He built the home with help from their sons. You could often find Jack out feeding the cows and goats, tinkering on the fence line, or helping his son, Brad, work the farm. Jack was so very proud of his children and was even more proud of his grandchildren. His joy increased exponentially when he was with them. He was often known to help dry tears and ease sadness by slipping them a $5 bill or taking them to Maverick for a drink. His grandchildren knew this soft spot and were also known to take advantage of it; which he LOVED! Those trips to Maverick will be missed. We are certain, and hopeful, that Brad will take up where he left off!
Jack will be sorely missed by those he leaves behind: his wife, Beth Larue Hill Wynn, of Roosevelt; his four children, Les Wynn, Tooele, Utah; Brad (Loretta) Wynn, Roosevelt; Lance (Rosalyn) Wynn, Stansbury Park, Utah; Jackee (James) Frailey, Stockton, Utah; grandchildren who love their grandpa dearly, Tyler Wynn, Marine Sergeant Kyle (Rebecca) Wynn, Kaedyn (Ammon) Gutierrez, Jordan (Jessica) Wynn, Ashlynn Frailey, Calvin Wynn, Hobbes Wynn, and Jaxson Frailey, and his sister Idell Wynn Munson..
He was preceded in death by his parents Roy and Eutha; his brothers, Elmer and Billy Wynn; and his sister, Omergeane Carter.
Funeral services will be held at 11:00 AM, on Saturday, November 13, 2021, at the Myton Chapel of the Church of Jesus Christ of Latter-day Saints.
Viewings will be held on Friday evening from 6:00 - 8:00 PM at the Hullinger Mortuary and on Saturday morning from 10:00 - 10:45 at the church prior to the services.
Military honors will be presented following the funeral by the Utah Army National Guard and the Myton American Legion Post #5.
Following the funeral service he will be cremated.
The family wishes to express their undying gratitude for the love and support that has been shown to them at this time

To plant memorial trees or send flowers to the family in memory of William Wynn, please visit our flower store.

Jack was a very kind and caring man! Glad I got to know him! My sympathy and thoughts and prayers go out to Beth and her family! ❤️😇😥😥love you guys , !

To lose someone so special feels unfair and unjust. Jack will be missed greatly.
I will always remember Uncle Jack as a man without guile. He was quick to forgive and very patient with his family including nieces and nephews. I always enjoyed working with Jack on the ranch in Saratoga, Wyoming; he always had a good story or joke that made working hard in the field or with the livestock enjoyable.
To not have Uncle Jack here anymore is just heartbreaking. It is good to have friends and family supporting us during this time of healing and transition. My sense of loss is tempered by knowledge that we will be with Uncle Jack again.
Pepe Cassinat 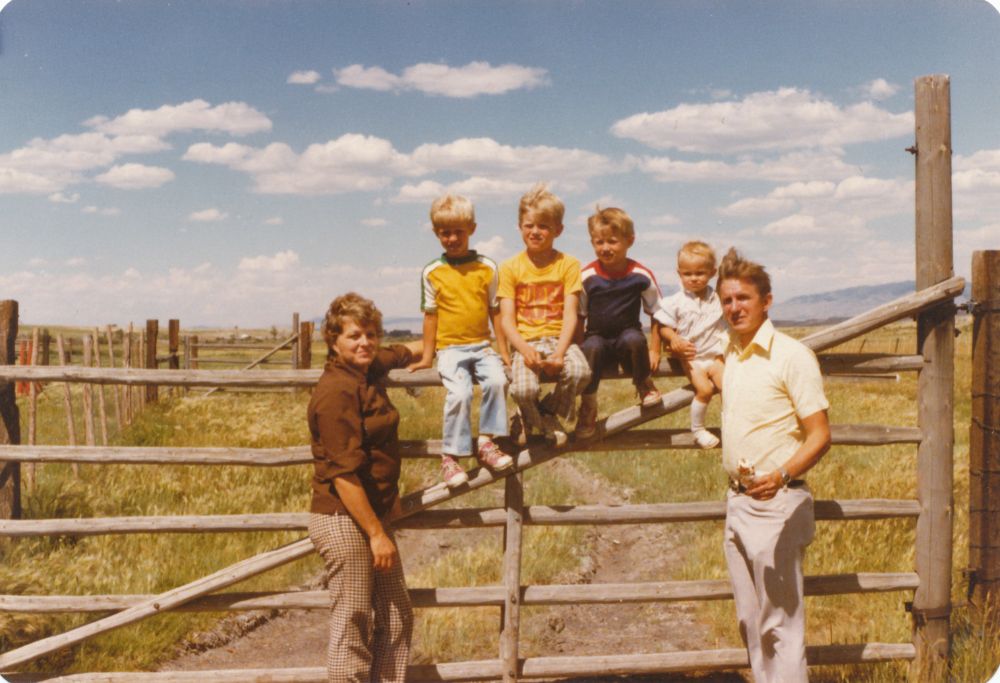 Wynn family....I was deeply saddened to hear of the passing of Jack. He was one of those people who you considered to be your friend from the first time you met. My sincere condolences to you. May you find peace and comfort and know that you'll feel his love forever. Enjoy your memories...

So sorry that Uncle Jack has passed away. We all loved him so much.

Sending so much love and strength to Beth and family. I have heard nothing but amazing things about Jack! What an incredible marriage Jack and Beth have had. We are thinking of you and continue to send prayers your way during this time. Much Love, Conan & Sierra Parke

Brad and family,
May you find peace and comfort. Your are in my thoughts and prayers.

Myton Chapel (The Church of Jesus Christ of Latter-day Saints)

Myton Chapel (The Church of Jesus Christ of Latter-day Saints)